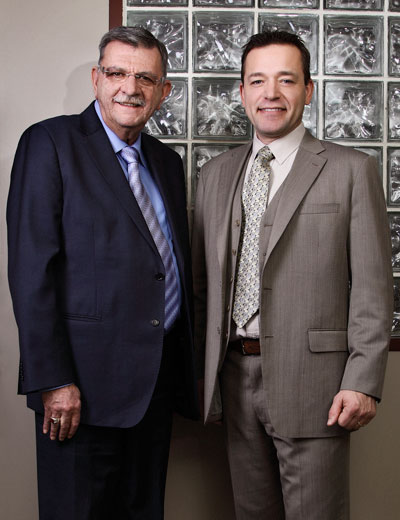 We care about preparing you for the future

Richard Sauvé founded the firm in 1985. Known in financial circles in Vaudreuil-Soulanges, Mr. Sauvé now works with Daniel Séguin, certified life insurer, to whom he sold his clientele in 2011. Mr. Séguin has been working in the financial industry since 1992. Both serve as financial security advisors, group savings representatives and commissioners of oaths.

Four years ago, we merged our firms. As the financial services market has evolved, we have been modifying our approach to ensure our advice better suits your expectations.

For example, as a result of the modifications made to the Régime des rentes du Québec since January 1, 2014 and the increasing life expectancy of the population, few people can take early retirement at the age of 60. We analyze your needs, based on your profile, to help you prepare for this major step.